As the same as the Form Library, you can also reuse the script queries of other applications using the same database connection. 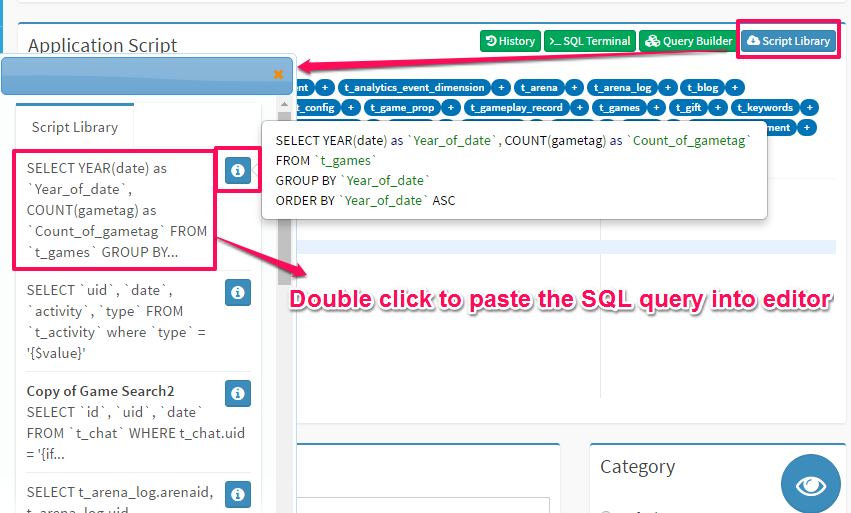